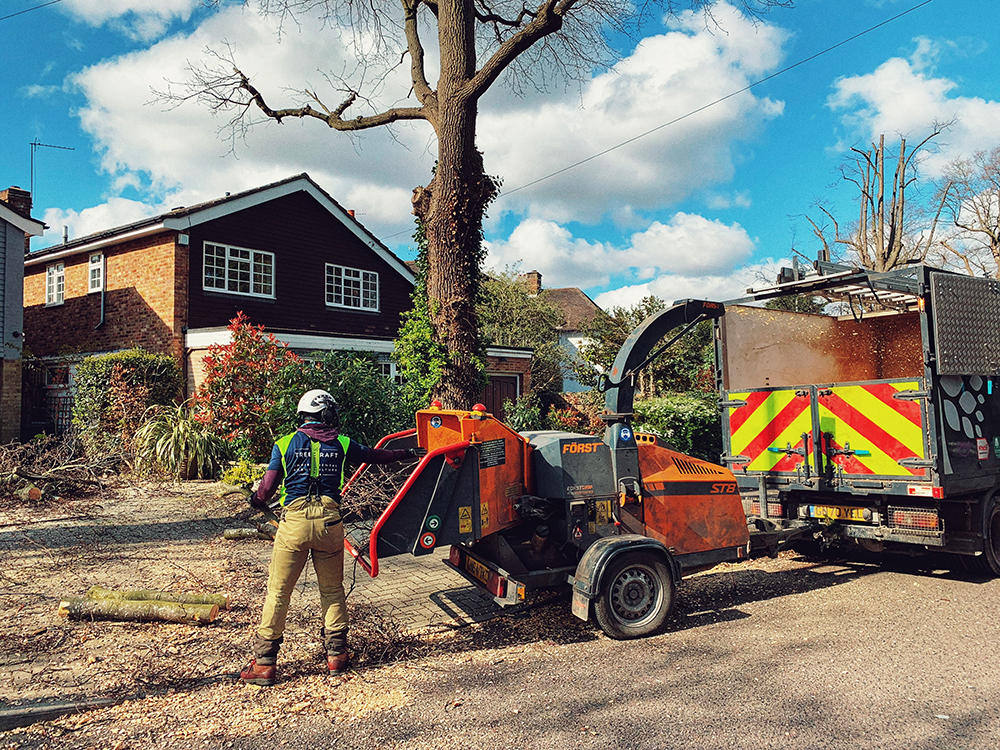 “The speed and throughput were far better than what we’d had before.”

Tree Craft was set up in 1990 with the aim of offering clients across the South East a professional and environmentally-conscious tree care service.

After launching the business using another brand of woodchipper, they became increasingly frustrated at both the performance but also the reliability of their machines. Following a trial of an ST8, Tree Craft made the switch to Först and now operate that machine alongside two sub 750kg ST6P chippers, and have another ST8 on order.

Tree Craft’s owner, Russell Coombs, was impressed by the build quality and performance during the ST8 trial. It was the 8” x 10” feed capacity, however, that really got his attention:

“It just ate everything we put into it without missing a beat – knuckles and all. The speed and throughput were far better than what we’d had before. The guys were really impressed so we put an order in.”

Tree Craft now has a team of 12 and sends three to four teams out a day across the South East. With an even split between residential and commercial jobs, the company has been fortunate enough to remain busy during the pandemic. With the workload they have, Tree Craft can’t afford downtime so the reliability of his Först machines is crucial to Russell and is something he praises them for. He is realistic about the fact that, as with any machine, sometimes they will need a fix:

“The way my guys use kit, machines will break down. I’m realistic about that. Over the last 25 years, I’ve used and broken every chipper out there. The response from Först when we need them, whether it’s the engineers or the technicians, on the phone or in person, is second to none.”

With the performance and reliability of his Först machines, Russell is happy with his decision to switch to the brand and so are his team:

“Put it this way, if we had another brand of chipper in the yard, there would be a scramble for the Först machines and it would be left for whoever arrived late!” 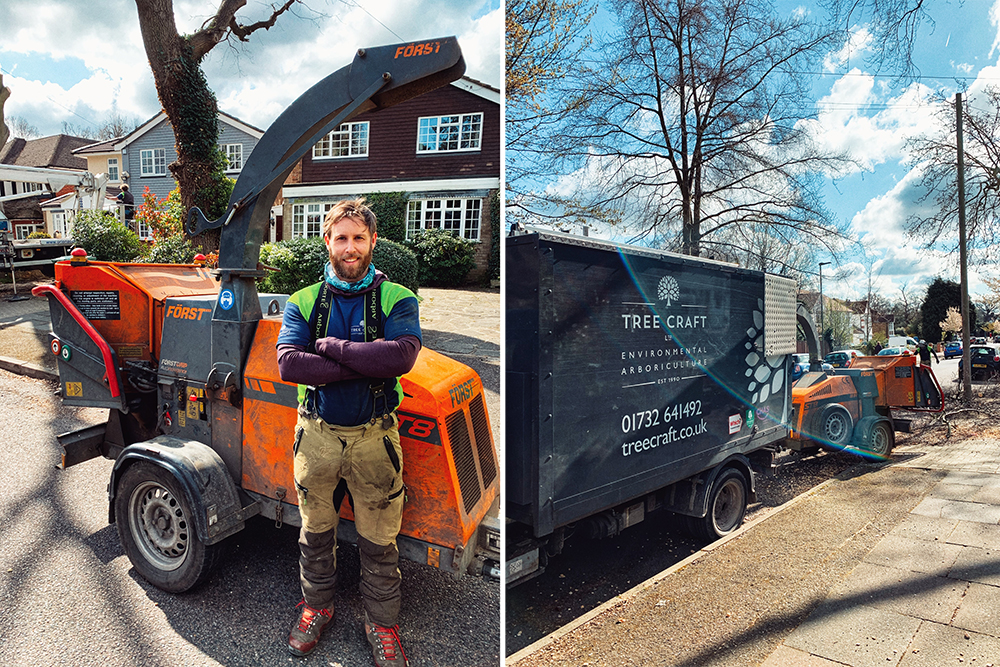 Först offer a full range of wheeled woodchippers, both petrol and diesel. Contact us for a free demo today.